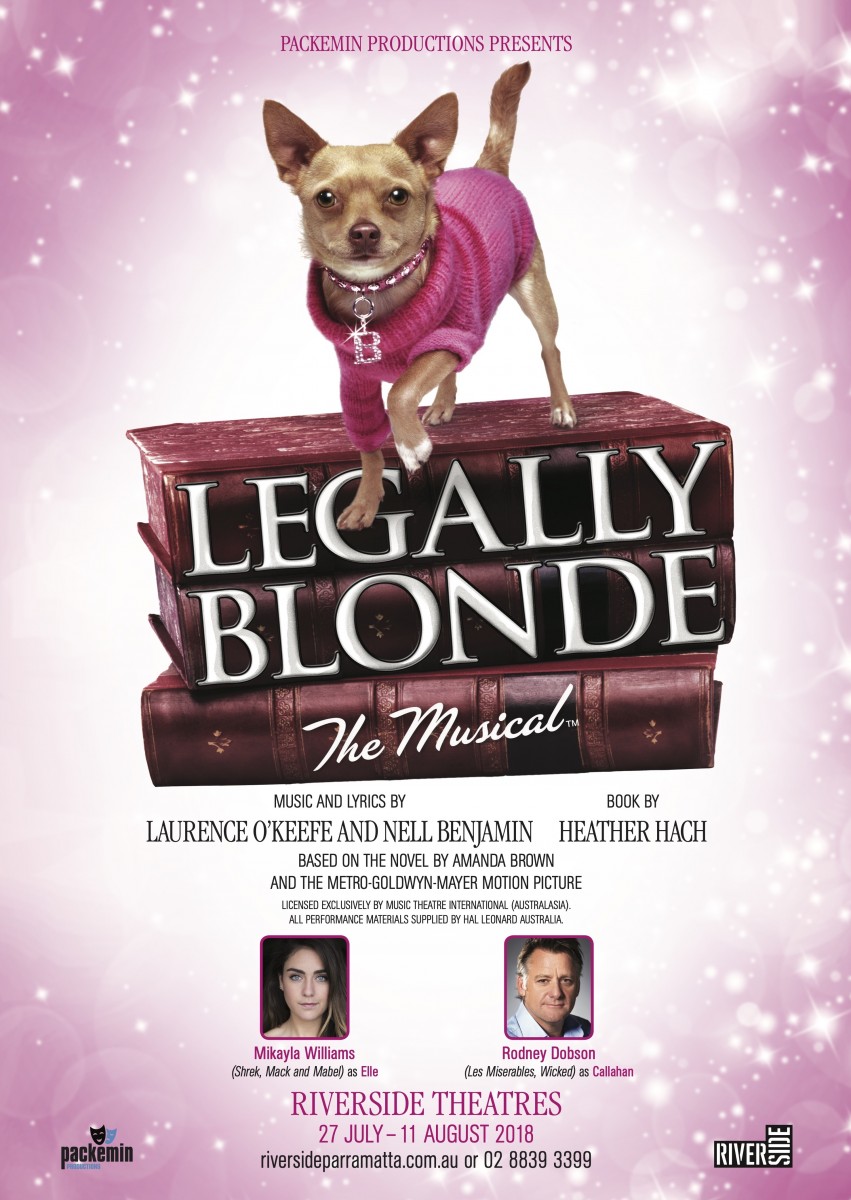 
The hit musical LEGALLY BLONDE exploded onto the stage at Riverside Theatres in July 2018 with a show that was so much fun it should be illegal. The winner of 7 major awards including Best New Musical 2011 at the Olivier Awards, LEGALLY BLONDE is a high-energy romantic comedy about knowing who you are and showing what you've got!

Based on the novel and the hit-movie of the same name, LEGALLY BLONDE chronicles the journey of the famously perky Elle Woods, a fashion savvy, UCLA sorority girl who appears to have it all. But when her boyfriend Warner dumps her for someone 'serious', Elle uses her charm to getting into Harvard Law School in an attempt to win him back. With some help from new-found friends Paulette, Emmett and her chihuahua Bruiser, she learns that it's so much better to be smart.

LEGALLY BLONDE The Musical is equal parts hilarious and heart-warming, and is ridiculously enjoyable from start to finish. Another incredible night in the theatre from Packemin Productions, the team behind the recent hit musicals Wicked, Mary Poppins, Miss Saigon, Shrek and The Phantom Of the Opera.

"The vocal quality was beyond expectations, and the voices of each cast member both solo and combined were mesmerising and could effortlessly compete with the West End production." - Cassie Cheeseman - Weekend Notes

"There are some terrific dance highlights too, notably the tight and intricate skipping routine for Act Two opener 'Whipped into shape' and the Irish dancing-infused 'Legally Blonde (remix)'" - Tim Garratt - Theatre People

"There were screams and cheers at the curtain calls for a joyous yet thoughtful and challenging, exuberant musical that left you breathless and admiring the cast's incredible energy." - Lynne Lancaster - Sydney Arts Guide